by +Paschal Tiernan OP / Saturday, 29 August 2015 / Published in Synod on the family 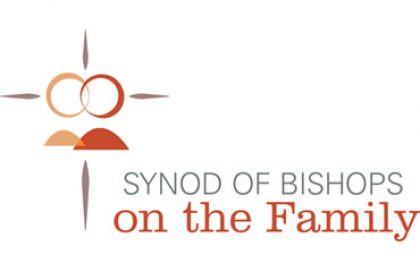 There are many challenges facing families in our world today and these will be the basic considerations addressed by the Synod of Bishops when it meets in Rome for three weeks in October (4th to 25th) under the presidency of Pope Francis. The study document of the Synod is known as the Instrumentum laboris and this article, the first of two on these family confrontations, will hopefully give you an idea of what will be discussed in the very early days of the Synod  treating confrontations facing the families of the world today.

One very obvious early remark is that in the life-span of millions of people alive today, nearly everything has changed and faces challenges never previously even thought of. I like to think of 1968 as being among the most prominent dates for the beginning of change in centuries. It came after the Second World War (1939-1945), which gave birth to new hopes, the beginning of greater personal and societal expectations, new and reasonably priced means of international transport and contact with other peoples, and especially more widespread higher education and new ways of thinking. This list could be expanded but unfortunately space is scarse. One very important cause for some changes in today’s world is the recognition of the rights of women and children which is to be highly approved.

On the other hand a new idea, expressed in the word “individualism”, has brought many unfortunate new focuses is peoples’ lives and individuals live for their own whims with less thoughts and interests in others. The thinking behind this word is that each person lives for his or her own desires and these are absolute. All have noticed how our churches are no longer attended as before and, as a consequence, the rules are not observed because the thinking is that one does not have to observe what one does not wish to practise. This is seen particularly in marriage where getting married in a church is declining, where co-habitation is so widely practised and divorce is almost normal with very large numbers of families experiencing that at least some members in the majority of families are separated if not civilly divorced, many of them in second or third relationships and the children, as well as the spouses, suffering. One of the ways in which the children suffer is through poverty and grandparents in particular are so often required to support. It is particularly sad to see the number of children taken into Government accommodation or “sleeping rough” nightly.

What I regard as a most sad tendency is the prevalence of young people unwilling to make serious commitments. This includes unwillingness to undertake serious decisions regarding marriage, family and children. Even though they marry or co-habitate, they live as individuals, for themselves and for gratifying the desires of the moment. They do not have children, often because they cannot afford to look after them or because they are not prepared to undertake the responsibility of bringing them up, or because they see children as an obstacle to their personal freedom.

Three other points which I will just mention are the desire to pursue wealth and enjoyment (as distinct from happiness) and seeing motherhood as preventing womens’ roles in society and developing their ambition.

Only this week headlines in national newspapers highlighted the difficulties 75% of parents have in paying higher level educational fees. So many sick people are helped from the medical benefits which are excellent but need to be subsidized, if not paid for, by not necessarily unhealthy people. There is no secret that poverty is increasing, unemployment extremely high and personal and social resources are depleted for so many.

The other day I read of a person whose annual salary was over 30 million euro. There is unbelievable wealth given to a rare few people. In many cases, even in the same business, some in the lower ranks earn so little they can hardly make ends meet and cannot afford to have children. Once again there was a glaring example of one of the world’s best known companies being unbelievably at fault in this matter. As I said, these business policies can affect marriages of employees.

As a result of the above points, with more to follow, it should be clear that families generally are weakened and fragile. Nevertheless families have strength in themselves and can be developed with the proper assistance, which is the hope and intention of the Synod. As the Synod’s Study Document states, “The family is still, and always will remain, the fundamental and indispensable pillar of social life.” The Second Vatican Council declared that “The family is a school for human enrichment […] and the foundation of society” (Gaudium et Spes, 52). Governments must support family life adequately, recognising that it is the leading agent in building a nation. Public policies must be updated regularly after an objective study and analysis.

Pope Francis insists that a change in perception by everyone in society is necessary: “Growth in justice requires more than economic growth, while presupposing such growth: it requires decisions, programmes, mechanisms and processes specifically geared to a better distribution of income, the creation of sources of employment and an integral promotion of the poor which goes beyond a simple welfare mentality” (Evangelii Gaudium, 204).

The above two pages conclude a brief reference to most of the points made by the Study Document or Instrumentum Laboris prepared by those who participated in the Third Extraordinary General Assembly of the Synod of Bishops held in October 2014. These references were contained in Chapter 1 and 2 of Part 1 of the concluding document.

Next week St. Mary’s parish newsletter will publish Article 2 and will list most of the challenges presented in Chapters 3 and 4.

These references to the challenges facing families nowadays are not conclusions but a  list of the items that require study and reflection. You are invited to contribute your thoughts and findings. Those attending the Synod will present Pope Francis with their conclusions and he will prepare a document for circulation in the Church and the world during 2016.