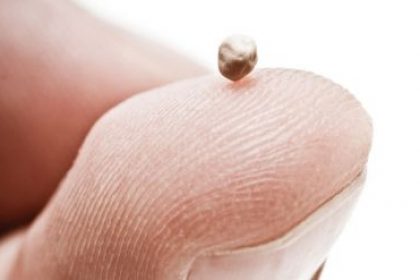 Jesus said, “The kingdom of God is as if someone would scatter seed on the ground, and would sleep and rise night and day, and the seed would sprout and grow, he does not know how.  The earth produces of itself, first the stalk, then the head, then the full grain in the head. But when the grain is ripe, at once he goes in with his sickle, because the harvest has come.”
He also said, “With what can we compare the kingdom of God, or what parable will we use for it?  It is like a mustard seed, which, when sown upon the ground, is the smallest of all the seeds on earth; yet when it is sown it grows up and becomes the greatest of all shrubs, and puts forth large branches, so that the birds of the air can make nests in its shade.”
With many such parables he spoke the word to them, as they were able to hear it; he did not speak to them except in parables, but he explained everything in private to his disciples.

The great enemy of religious teaching is rationalism: especially that of teachers and preachers.  As the scholar F.M. Cornford wrote, drawing no doubt on long experience of academic meetings, “It is often the best policy to argue weakly against the side you favour.”  In rejecting your argument the others might embrace the position you appear to reject.  Applying this, we might suggest that a good method for preachers would be to argue weakly against faith and virtue!  Without a doubt arguing weakly in their favour makes sceptics and atheists of many.

But there is a better and time-honoured way of teaching, especially in the East.  It is the story or parable.  This is how Jesus taught.  Rabbis would sometimes use images and tell stories, but it was Jesus’ preferred way of teaching the crowds.  “He did not speak to them except in parables.”  The scholars say that many of the ‘explanations’ of parables given in the gospels are not “Jesus material,” that is, they were not given by Jesus himself.

An argument speaks to the mind alone, but a story appeals to the whole person: mind and heart and imagination.  If an argument is not understood straight away it is wasted, but a story can stay in the memory, enlightening the mind and heart at a later time when the person is ready to grasp its meaning.  We are not often, certainly not always, in the mood to hear arguments, but we are always ready to hear a story or to look at an image.  Our mind is often the most barricaded part of our personality, honed over a lifetime (it may be) for defence, but the imagination is usually more sympathetic and receptive.

People believed that the Kingdom of God would come through a cataclysmic display of God’s power, so the impact of these parables must have been startling.  Tiny seeds, lost to view, germinating in the soil and slowly developing by a power of their own and not through human intervention…. There is nothing there for the human ego to latch onto and control; it happens whether I am awake or asleep.  “I will bless the Lord…who even at night directs my heart” (Psalm 15).  There is a humility about this that should prevent us from thinking of Christian teaching as another campaign.

In the first reading at today’s Mass, Ezekiel used the image of growth.  But notice how he used it.  “From the top of the cedar, from the highest branch I will take a shoot and plant it myself on a very high mountain….”  Images of height and magnificence, not depth and humility.  It shows a clear contrast between the Old and the New Testaments.  Could anything be humbler than a small seed lying hidden in the earth?