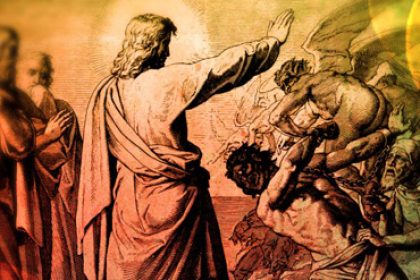 Jesus entered the synagogue and taught.  The people were astounded at his teaching, for he taught them as one having authority, and not as the scribes.  Just then there was in their synagogue a man with an unclean spirit, and he cried out, “What have you to do with us, Jesus of Nazareth? Have you come to destroy us? I know who you are, the Holy One of God.”  But Jesus rebuked him, saying, “Be silent, and come out of him!”  And the unclean spirit, convulsing him and crying with a loud voice, came out of him.  They were all amazed, and they kept on asking one another, “What is this? A new teaching – with authority! He commands even the unclean spirits, and they obey him.”  At once his fame began to spread throughout the surrounding region of Galilee.

Jesus taught “with authority,” that is, he was the author of what he said; it never became his habit to quote rabbis and other authors, as the scribes used to do.  His message itself too must have had its own inherent authority (though Mark does not tell us anything here about its content).  What he said, if we are to guess from all the gospels, went straight to the hearts of his listeners.  The only rhetorical devise we know he used was the parable.  A parable is not an interpretation of some text, it is a fresh way of looking at ordinary experience.  His parables were drawn from the world of farming, fishing, viniculture…their world. It is inherently subversive to show people that their ordinary experience can be an open path to God; the scribes of every age would prefer that only their sacred text should do this.  People realised that here was a teacher who understood and respected them, and not a scribe discharging his erudition over them.  They were “astonished,” because this was so unusual.

His teaching had authority in a further sense: it made things happen.  He cast out demons.  In other words he liberated people who were tormented and demented in every way.  “Poetry makes nothing happen,” wrote W.H. Auden, in a poem about Yeats.  But it does, as Yeats himself knew when he wrote, “Did that play of mine send out certain men the English shot?”  When preaching is only commentary it seldom makes anything happen.  But when Jesus preaches “the blind receive their sight, the lame walk, the lepers are cleansed, the deaf hear, the dead are raised, the poor have good news brought to them” (Luke 7:22).  In Matthew 11:5 the description is identical, word for word.  These were of the Messianic age: in other words, they were indications that Jesus was indeed the long-awaited one, the Messiah.

In today’s reading, the demon which is being cast out shouts, “I know who you are, the Holy One of God.”  This may sound like a profession of faith, but how could it be?  Instead it was a reflection of the belief that if you could name someone you had power over them.  This was the significance of Jesus’ asking a particularly intractable demon, later on in Mark’s gospel, “What is your name?” (5:9). 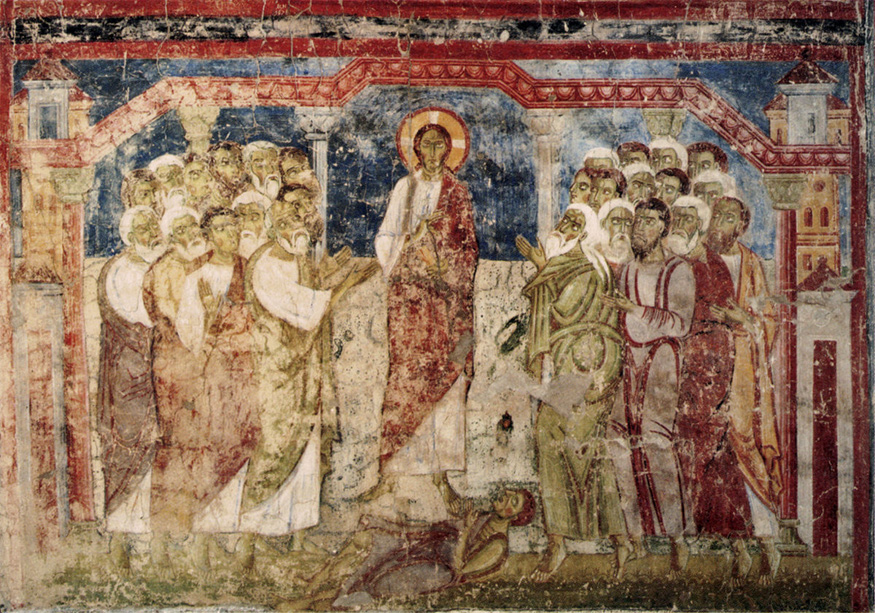