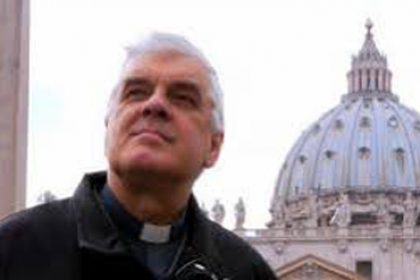 Lecture will be delivered by fr Wojciech Giertych OP.

Theme: The Moral Theology of Aquinas: Is it for Individuals?

One of  nine children, he was born in London, England in 1951 to writer Jędrzej Giertych and his wife Maria, six years after his family emigrated from Warsaw.

Giertych began his studies at St Ignatius’ College in Stamford Hill. After completing his studies at St Ignatius’ in 1970, he studied history at Adam Mickiewicz University in Poznań. After graduating from the university, he joined the Dominican novitiate in 1975. He was ordained to the priesthood in 1981 in Kraków. He is an alumnus of the Pontifical University of Saint Thomas Aquinas (Angelicum) in Rome, Italy, from which he obtained a licentiate in spiritual theology in 1983 and a doctorate in 1989 with a dissertation titled The new law as a rule for acts. Giertych has been a professor of moral theology at the Angelicum since 1994. Since 1998, he has held various roles as a member of the General Council of the Dominicans.

He was appointed Theologian of the Papal Household on 1 December 2005 by Pope Benedict XVI. This post, which since the Middle Ages has been held by Dominicans, is tasked with providing advice to the Pope on theological issues, as well as checking papal texts for theological clarity. Wojciech also serves on the Pontifical Committee for International Eucharistic Congresses and as a consultant to the Congregation for the Doctrine of the Faith, the International Theological Commission, and the Congregation for the Causes of Saints.